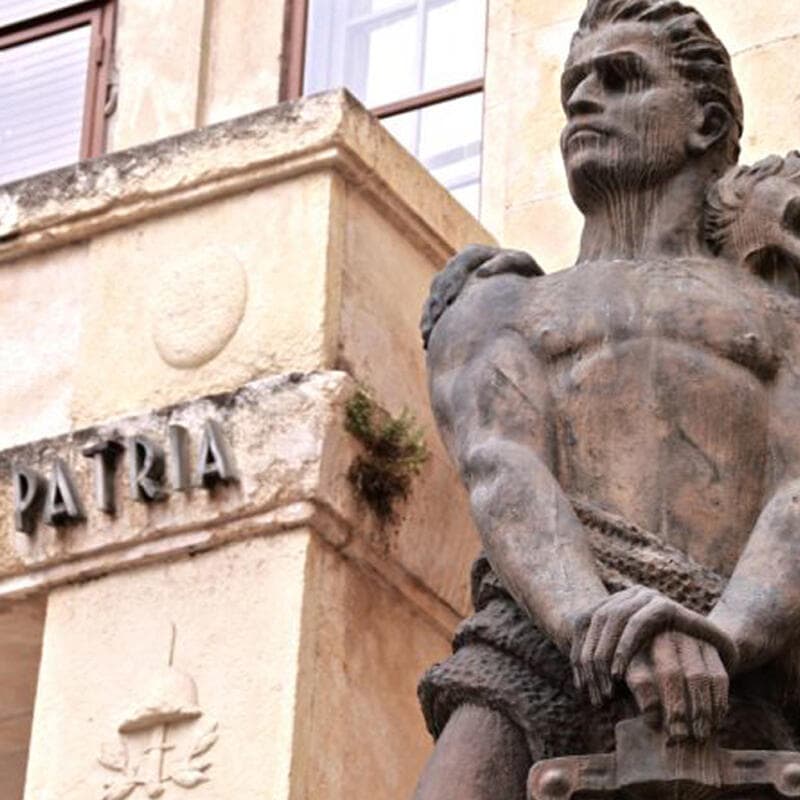 THE CASA DEL MUTILATO IN VERONA, A MONUMENT TO DISCOVER

A few steps from Piazza Bra, along Via dei Mutilati, you reach the Casa del Mutilato, a building designed by the architect Francesco Banterle with a fascist architectural taste. Despite the dark moment for the country, the fascist style is still appreciated today for the rigor, geometry and high historical-artistic language that has consecrated it to the history of art and architecture. Inaugurated in 1934, the House of the Mutilated has been preserved in all its splendor and today it is possible to visit it from time to time to enjoy this extraordinary architectural example of the 1900s. On the entrance portal you can read the Latin inscription "MVTILAVIT NOSTRIS RECREAT PATRIA" ideally supported by bas-reliefs and symbols related to the Second World War, such as helmets, bayonets, crowns and laurel and oak leaves, Roman gladi, twigs of olive tree and, among all, a bas-relief depicting the winged Victory.
Guarding the entrance there are two sculptural groups representing the wounded soldiers supported by as many soldiers. Although they are unquestionably beautiful, the two sculptures are later, dated around 1960. In their place, in 1934, there were two stone statues of Quinziano by the sculptor Ruperto Banterle, brother of the architect who designed the house. Inside, the building has retained all the original furnishings. In addition, the distribution and furnishing solution is combined with masterpieces of art and design that enrich all the rooms, embellished with stuccoes, decorated ceilings and wallpapers.
The house was donated by the Mutilated and Invalids of the Great War of Sant'Ambrogio. On the first floor are the archives, where documents of thousands of Veronese citizens are cataloged due to partial or permanent disabilities which, after the war, became war pensions. Also on the first floor there are several rooms, once dedicated to the mothers of illustrious invalids. The Antonio Girelli Room is a conference room that can accommodate around 170 seats. The walls of this room are described by 6 French doors decorated with an important wooden structure. Given its semi-circular shape, the Hall has excellent acoustics.
BACK TO NEWS

Thank you for having subscribed to our newsletter.