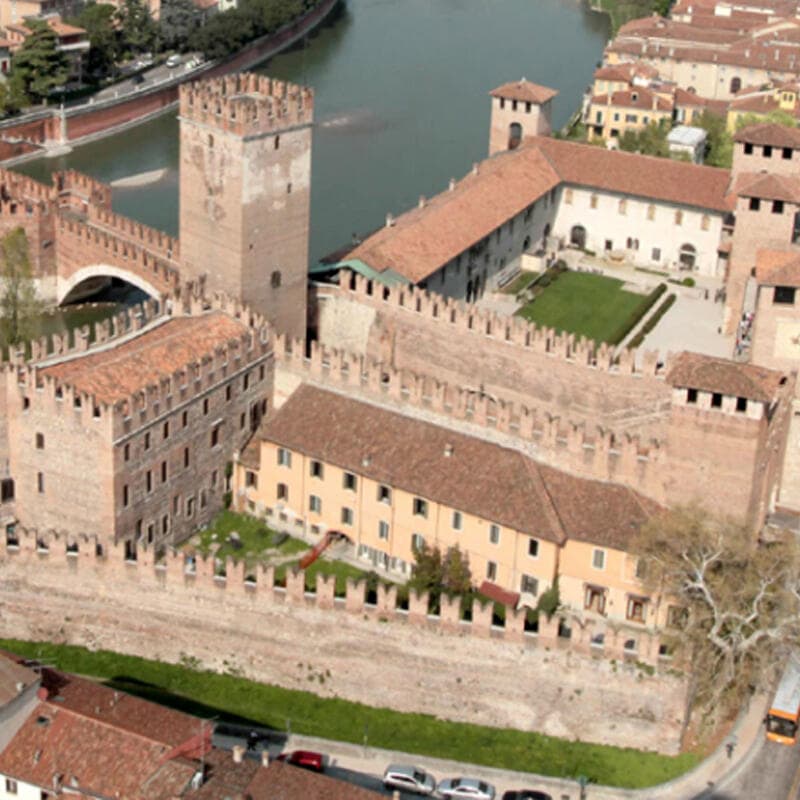 Set up following the modern criteria of Carlo Scarpa, the Castelvecchio Museum collects one of the largest collections of Italian art. The Museum, located in the Scaliger fortress of Castelvecchio, is divided into 29 rooms and sectors that divide the collection according to the type of work and origin. Among the rooms there are sculptures, Italian and international works, also collections of ancient weapons, ceramics, goldsmiths, miniatures and the ancient bells of the city.
The works are exhibited following the chronological order, starting from early Christian finds to paintings from the 1700s. Longobard treasures and numerous Veronese sculptures from the late Middle Ages are preserved in the 5 rooms of the long straight gallery. The art gallery offers museum visitors works of the caliber of Pisanello, Mantegna, Tintoretto and Veronese.
Castelvecchio Castle, now home to the museum, was built in the 14th century, initially built for defensive purposes. Subsequently, the same castle was the home of the Della Scala, one of the most powerful families in Verona. It was only the twentieth century that transformed the castle into the museum we see today. In addition to the change of destination, the towers were raised, the patrol connections restored and the interior redecorated.
BACK TO NEWS

Thank you for having subscribed to our newsletter.